Volleyball Tournament at “City of Hope” 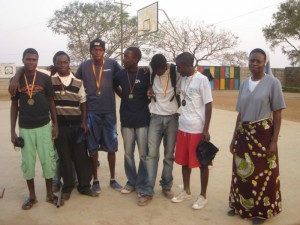 On Saturday, September 18th, a volleyball competition took place at City of Hope.
Eight teams registered consisting of girls and boys of all ages, including volunteers and sisters.

One of the teams that qualified for the semi-finals was the girls living at City of Hope.
The team named “Careers Team” were the champions and they received the Champion Medal.