Posted on September 8, 2010 by volunteers 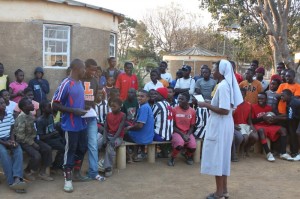 The first soccer tournament at City of Hope was held on Tuesday, August 24, with the young people attending the oratory.  It should be noted the great success of participation and the high level of playing shown by the various teams who tried to win the champion trophy.

In the first phase, we organized a league among the eight teams, divided into two groups of four.  The top two teams from each group were in phase 2  and then the stage consisting of two semi-finals that allowed access to the final. The football games lasted 10 minutes for each of the two periods with 5 minute breaks between each. 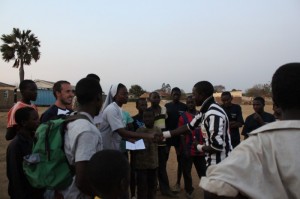 The team that won was the ‘San Siro’ Team. The  second position was awarded to the home team ‘Bonaventure’ Team. These players  come to ‘City of Hope’ each evening to play on the sports facilities sponsored through the project of Red Deporte y Cooperacion, Madrid.