Football – 7 Tournament at “City of Hope” 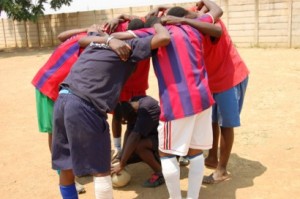 A second Football-7 Tournament on the 25th September took place at “City of Hope” for the season that was most successful.   Nine teams registered of participation, with more than 50 players, of all ages. The competition took place previously, with three groups of three teams each.   Two teams of each group qualified for the finals.  Due to the many matches played, the competition began at 10:00 am and ended at 17:00.   As the competition was strong, the semifinals and finals had to decide on penalties. 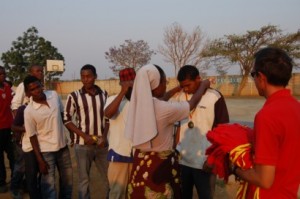 The local team, “City of Hope”, composed of mostly employees and volunteers, reached the semi-finals but unfortunately they lost to “Invisible United Team” who were the champions of the tournament.  Second was “San Siro Team”, the champions of the previous Tournament. The champions and second place, received medals and sports equipment. Diplomas and sportswear was awarded to the three best players in the tournament and the best goalkeeper.
A disabled boy from “City of Hope Open Community School” was the referee for all the matches.  His participation as referee was commendable.